Drone Laws 101 – Who Controls The Airspace Over My House?

What are the Drone Laws Concerning Airspace?

Have you ever wondered who controls the airspace over your house, your city or even your state? Drone laws regarding airspace are written by the FAA (Federal Aviation Administration). Yep, ALL airspace is federally controlled — even for drones or as the FAA calls them, Unmanned Aircraft Systems (UAS).

According to the FAA’s website (linked below), “Cities and municipalities are not permitted to have their own rules or regulations governing the operation of aircraft. However as indicated, they may generally determine the location of the aircraft landing sites through their land use powers.”

That means that local law enforcement can not stop drones (UAS) from flying. They can, however, regulate where they take off and land. So, if a city makes a No Drone Zone at a city park, they can only stop you from landing and taking off in the park. They can not stop you (a drone pilot) from flying over the park in a responsible manner. This is assuming that the park is not in restricted airspace, like near an airport, and that the pilot is obeying all other FAA rules.

What about a drone over my house?

I have heard several people protest about a “pesky drone” that has been flying around their house. They complain that they want to, “just shoot it down.” I quickly let them know that this is a bad idea. It is a federal crime to shoot or bringing down any aircraft, even if it’s unmanned. Several people have already been arrested for shooting down drones and charged with various federal and state charges (read the recent Newsweek article here).

Now, if that drone pilot is breaking local laws like invading your legal right to privacy, endangering people or property then you can call your local law enforcement. Proving either of these things can be hard to do though. More than likely, by the time the police arrive the drone will be long gone. The best thing to do is to find out who the pilot is by seeing where the drone lands. Ask them to kindly stop flying so close to your house. On the other hand, that pesky drone pilot may still be breaking FAA laws. Much of this is dependant on several UAS regulations that I will go over in my next post.

You can read further information from the FAA press release about Federal vs. Local Drone Authority here.

Check out my website for more information on drone laws and aerial photography services or view this recent post below from my blog. 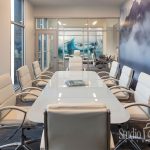 Architecture Photography: When and How to Hire the Best Photographer0 Total Shares